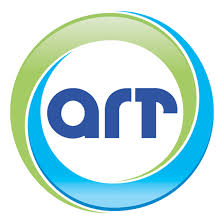 ART (Arab Radio and Television network) is an Arabic general entertainment satellite TV channel, broadcasting from Cairo since 1996. ART produces over 6,000 live and recorded shows every year including family-oriented dramas, series, plays, sports programs, music videos and documentaries. The network has the largest Arabic movie library in the Middle East and (as part of the AMC conglomerate) has been associated with leading film production studios in the Arab world for well over 30 years.