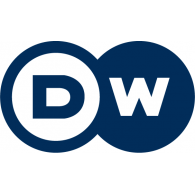 Deutsche Welle (DW-TV), offers “The Best of Germany”, the premier 24/7 satellite TV News Network from the international German public broadcaster in German (also in English, Spanish or Arabic). DW-TV was originally launched in 1953 and brings since 1992 news and current affairs on the hour, every hour, while the backhand of each hour is filled with a wide variety of programming from a European perspective, with appealing genres aimed to promote intercultural dialogue, including entertainment and sports with extensive and exclusive coverage of the German national league Bundesliga and the German national soccer team.